The Faults of a Headline

On Tuesday, August 9, 2016 the Waseca County News released the article, JWP Handbook changes involve less emphasis on winning. Unfortunately, many individuals admittedly did not read the article but developed their own insinuations about the content. I felt it was the right time and opportunity to write a blog about the real intent of the change.

Let's make it very clear now, the Janesville-Waldorf-Pemberton School District does value winning and believes it is important. However, we also understand that there is much more to winning than the final outcome. Let's explore one example...

A wrestler starts out their career in junior high with no prior experience. This individual begins the sport with the intent to build friendships and become an improved wrestler. At this point, there is no long term goal of winning a state championship or making the varsity. However, like all other young competitors, this individual latched on to an upperclassman that was having success. This junior high wrestler decides that he too wants to be successful. He begins watching the upperclassman and talking to his coaches. The wrestler is shown what it takes to become the upperclassman and is coached the fundamentals and practices of becoming a successful wrestler. In this wrestler's freshman year, he wins a spot on the varsity and finishes the season 8-14. There are two ways to look at this.

The coaches work with the wrestler asking these questions. What did you do that helped you progress to where you are at today? What may you need to do to continue your growth and development? Ultimately, the coaches help the wrestler understand what it takes to get better and to clearly understand that, "champions are made when no one is watching." We continue to follow this wrestler and after each loss, this same conversation takes place. In addition to each loss, comes a learning experience. In the sophomore campaign the wrestler ends up with a 23-9 record and third place in the section tournament just missing qualifying for the state tournament. The two wrestlers that placed ahead of him in the section tournament go on to place 2nd and 4th in the state tournament. Again, we can look at this in one of two ways. 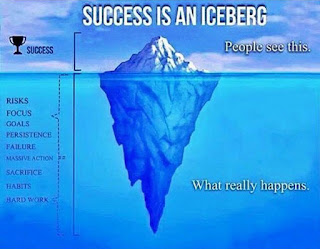 In an effort to save time, this wrestler continues his work and does more when no one else is watching. His junior year ends at 32-6 with a 4th place finish in the state tournament. Again, not a state champion, but continued growth and progress occurs. This wrestler's senior year campaign ended at 38-1 with the only loss coming in the state championship match. Again, one could look at this as a failed season. Because I did, I was devastated. That is right, this is my story. However, I had a great coach that approached me in my state of misery and said, "Bill there are things in life that will happen to you that you will not like, but you need to find a positive way to deal with them. How are you going to choose to respond to this?" Those words were powerful and were the key to my development as a human being.

Although I did not win the state championship, I clearly understood what it took to be successful in the sport of wrestling and in life. As a district, we want to place an emphasis on the value of competition and the process to be successful.  This will instill lifelong skills in our students to use for the rest of their lives. If we focus only on winning, we are missing the point and failing our students. I hope this clears things up a bit. Reading beyond the headline is important! 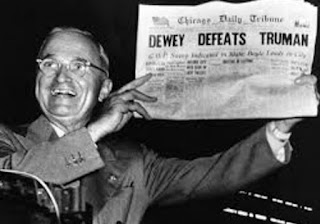